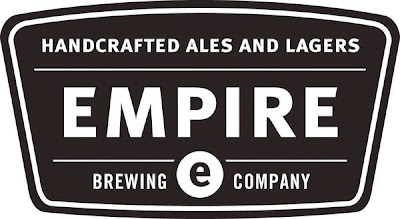 Last week, a perfect amalgam of nerdiness overcame me on the way home from work.  On May the 4th, also known as “Star Wars Day” for the popular phrase “May the 4th be with you”, the local Consumer’s Beverages had a growler special entitled “The Empire Strikes Back”.  During this event, customers could stop into their local Consumer’s Beverages outlet and purchase of a growler of either Empire IPA or Empire Brewing Company’s White Aphro.  Customers were then automatically entered into a raffle for a Darth Vader growler set.  The Jedi mind powers of persuasion succeeded, and I stopped into Consumer’s Beverages for a growler of White Aphro.

Having lived in Syracuse between 1998 and 2000, I recall (most) nights heading down the steps leading into Empire Brewing Company and pondering just what I was doing in this strange basement surrounded by a bunch of large metal vessels.  During these years, I really did not deviate too far from mainstream “not-to-be-named lagers” and the taste of an IPA was overwhelming and foreign.  But I do recall Empire Brewing Company’s beer to be quite intoxicating and full of fresh taste and flavor.  But that was a long time ago in a brewery far, far away.

And yet Empire Brewing Company has survived all these years (since 1994) in the popular and high demand Armory Square market.  This Syracuse brewing staple has felt the pressure to expand due to increased craft beer thirst, and plans to open a new Farmstead brewery in Cazenovia, NY, located southeast of the city.  This Farmstead brewery plans to be one of the largest craft beer makers in the state. 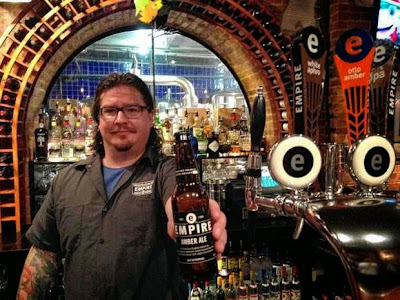 So seeing Empire Brewing Company beer available on tap here in Buffalo made me happy.  Having White Aphro reminded me my early grad school years at Syracuse University.  And having White Aphro on May the 4th reminded me of Star Wars.  What a great nostalgic place to be.

Here is a picture of my White Aphro: 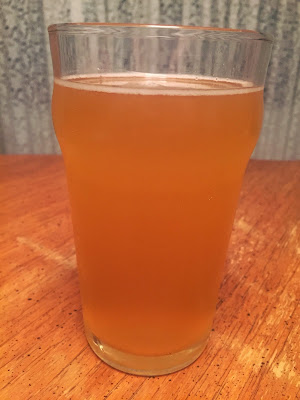 White Aphro is a craft-beer crossover, designed in witbier style.  But what sets apart White Aphro from other beers in the style is the presence of unique spice and citrus blends.  Drinking White Aphro makes me reminisce of Armory Square exploits.  I hope to return to Syracuse to explore the evolution of craft beer at Empire Brewing Company.