President Ethan Cox leads the charge for Community Beer Works in their task to become a neighborhood integrated brewery.  Ethan Cox has written the book on the history of beer in Buffalo.  Buffalo Beer: The History of Brewing in the Nickel City, written by Michael Rizzo and Ethan Cox, is now available at Barnes & Noble (by clicking here). 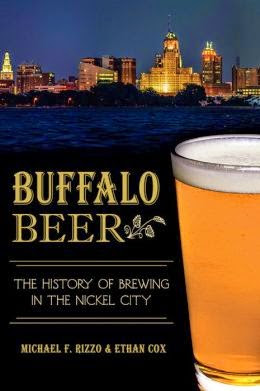 Having been to Community Beer Works a few times, I can say that the beer is always high quality and fresh.  For National Craft Beer Week, I purchased a growler of Frank at the local Consumer’s Beverages outlet.  Here is a picture of my Frank. 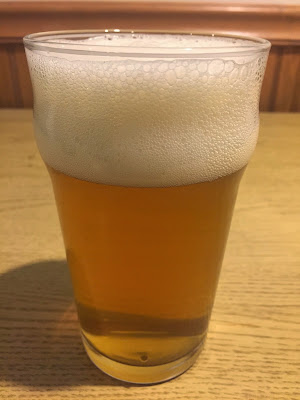 Why is this beer named Frank?  Who is Frank exactly?  According to Ethan Cox:

He’s the quintessential Buffalonian, the “I gotta guy for that” guy – down to earth, jocular, unpretentious, equally at ease with a Blue or CBW, drinks at the corner bar.

He’s sort of the avatar or manifestation of the CBW ethos.  We make damn good beer, not precious unicorn teardrop beer.

Frank poured a pale to deep gold and showed an ample foam that dissipated after a half minute into a retentive half-finger head.  The aroma of Frank is pine and a tad bit of citrus.  Frank is made with Zeus, Centennial, and Zythos hops.  Zeus hops (of CTZ trio fame) are known for being aromatic and pleasant, and Frank certainly possesses those categories in aroma and taste.  Centennial hops are another hallmark addition to American-style ales, and Frank benefits from these hops as well.  Frank is rounded off by the addition of Zythos hops, which impart some tropical and citrus tones to the taste- but not a lot.  More so, Frank smacks of raw hop oil resin and is a little sticky and sweet.  The mouthfeel is light to medium and Frank finishes dry.

There is a distinct and recognizable quality about Frank that renders this beer highly drinkable.  Frank is a blend of American-style hops but not overpoweringly so.  And there is a base malt sweetness, but not ostentatiously so.  There is nothing offensive about Frank; a sign of balance and blend success.

Frank gets the job done.  In a blizzard, or in the heat.  In a bar, or on the job.  But always in Buffalo.