So where does the name Hayburner American IPA come from?  The description provided by Big Ditch Brewing Company reads:

Mules, known long ago as “Hayburners”, were the workhorses behind the construction of the Erie Canal.  This IPA is equally dependable, and is extremely satisfying at the end of a hard day’s work.

So we have these “long-eared robins” to thank for the name given to this Big Ditch creation.  Here is a picture of my Hayburner American IPA: 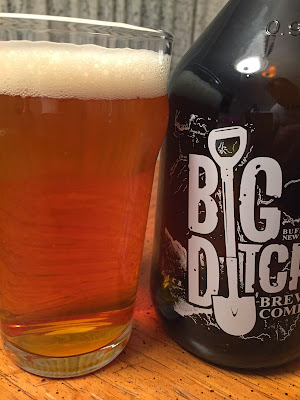 Remember to drink local this week to celebrate American Craft Beer Week.  And remember to stop by Big Ditch Brewing Company in the very near future as they open their doors and unveil their new tap room to the public!

This error message is only visible to WordPress admins

Powered by Graphic Lux
© Copyright 2020, Buffalo Beer Biochemist - Trademarks and brands are the property of their respective owners.